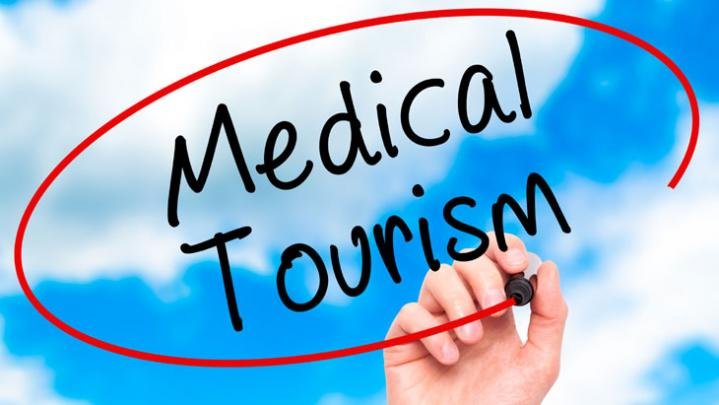 Kuala Lumpur is a popular destination in Malaysia. However, Penang is fast becoming as equally attractive as a tourist destination.

Penang island, which is not that big, has a real pull for people from Medan as it is relatively close. The moment you take off from Medan’s PoloniaAirport you can see the blue waters of the Strait of Malacca from the airplane window, and not long after, you will find yourself landing at PenangInternationalAirport.

These days, a resident of Jakarta can fly directly to Penang without having to transit in Medan. AirAsia, for example, serves a direct flight from Jakarta to Penang. This is a result of the commitment by PT Indonesia AirAsia, a subsidiary of AirAsia Malaysia, to open more regional routes this year in order to boost the airline’s performance. As the distance has practically “shrunk”, it is understandable that patients from Indonesia are opting to have medical treatment done in Penang, where a checkup can cost as little as Rp 1 million.

During a checkup, which requires that the patient fasts the night before, a person undergoes various tests, ranging from a physical examination, blood analysis, urine analysis, bone density test to organ function test. All this takes just one day. A patient can consult a doctor the afternoon of their checkup or the next day.

While waiting for the test results, people often tour the city. The guided city tour is a popular option, during which various places of interest are visited. Or you can tour the city with a traveling companion.

One worthwhile place of interest to visit is Komtar, which is the tallest building in Penang and boasts shops, offices and recreational facilities. The 11-hectare compound also has a hotel, a mall and a bus interchange. Just 20 minutes from Komtar is Bukit Bendera, a small protected hillside forest on the northern part of Penang island. An electric train goes to the top of the hill. A hot cup of coffee or tea at one of the hilltop stalls is a nice way to enjoy the cool mountain air and thin mist while enjoying the view of Penang.

While visiting Penang for medical treatment, you can also savor the pleasant atmosphere of holidaying. There are many hotels of various levels. Don’t worry about the rates because hotels in Penang are usually less expensive than those in Jakarta, for example.

As for hospitals in Penang, they are as good as those in Kuala Lumpur or even Singapore and include PenangGeneralHospital, PenangAdventistHospital, IslandHospital, BalikPulauHospital, SeberangJayaHospital, GleneaglesMedicalCenter, PantaiMutiaraHospital and Mt Miriam Hospital. There are also numerous community clinics in Penang. Private hospitals in Penang offer a lot of facilities and equipment. These hospitals not only cater to local residents but also to people from other states and health tourists from neighboring countries.

PenangAdventistHospital is the most popular hospital among Indonesian patients in Penang. This non-profit medical institution has a network of over 500 hospitals run by the Adventist Health Network. This hospital is committed to giving the best in medical treatment in a comprehensive and competent manner.

Besides the AdventistHospital, the IslandHospital is also popular. So popular is the hospital among Indonesian patients that a special counter has been set up for people from Indonesia. Located in downtown Georgetown, this hospital was founded in 1996. Its modern design is a landmark in hospital architecture, with an emphasis on uncluttered open spaces and friendly integrated units, the concept of which is in itself therapeutic for patients.

According to Dr. Chan Kok Kwe, CEO of Island Hospital, the hospital is large enough for 400 outpatients and 140 in-patients and has facilities for heart surgery under the charge of competent doctors. The types of heart surgery that can be performed here are coronary artery bypass graft and off-pump aortic valve replacement.

In addition to its heart center, this hospital, staffed by some 40 specialized doctors, also has an oncology center, fertility center, hand and microsurgery unit, sleep laboratory, general checkup unit and women’s and children’s center. “Just like in a shopping center, everything is available here,” Dr. Chan Kok Kwe chuckled.

Interestingly, hospitals in Penang not only take care of sick people but also provide non-health services such meeting patients at the airport or finding a hotel for a patient’s family. Having medical treatment need not be an ordeal, especially when undertaken in a setting as beautiful as Penang, where you can savor the beauty of nature around you just as you would on any holiday! (Burhan Abe)