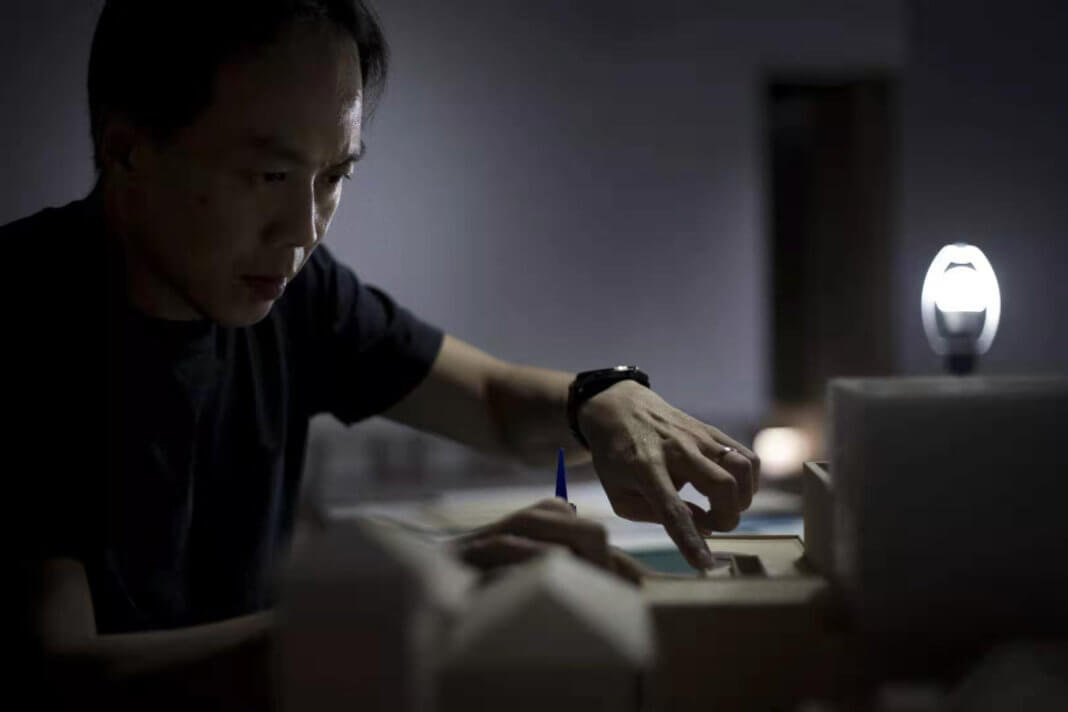 As a tribute to the legendary architect Kerry Hill, who passed away on 26th August last year, Amanyangyun – Aman’s fourth destination in China – hosts an exhibition from 24th August showcasing dozens of architecture models built over several decades by Ken Lim, the master model-maker of Mr Hill’s practices in Singapore and Perth, Australia. These include a model of the ‘The Black Pavilion’, a building built in the grounds of his own home in Sri Lanka, Armitage Hill.

Kerry Hill Architects have designed some of Aman’s most iconic properties which now stand in celebration of all that Kerry and his team have achieved through the years. This commenced in 1989 with the design of Amanusa (now Aman Villas at Nusa Dua), which was completed in 1992. In all, Kerry Hill Architects has designed nine Amans including:

Amanyangyun’s story began 700 kilometres away in rural Fuzhou – a cultural heartland in China’s Jiangxi Province, characterised by camphor forests and historic villages. When plans for a much-needed reservoir were approved in 2002, the fate of these remnants of Old China appeared to be sealed, but Fuzhou native and philanthropist, Ma Dadong, was determined to prevent their destruction. He conceived a bold plan to relocate to Shanghai as many Ming and Qing Dynasty villas as possible, as well as 10,000 camphor trees. Aman joined the restoration project in 2009, and today, the completed Amanyangyun includes a comprehensive Aman Spa, a wide variety of restaurants and the cultural centre Nan Shufang. The ethereal camphor forest sets the tone for a peaceful, introspective retreat, where old and new, natural and man-made, coexist in perfect harmony.

The award-winning firm Kerry Hill Architects is the curator of this exhibition – Crafting Modernism: 40 Years of Kerry Hill Architects. It places the craft of model-making and architecture front and centre, highlighting an exceptional attention to detail and commitment to crafting memorable spaces. The exhibition, hosted in one of Amanyangyun’s sunken pavilions, showcases dozens of carefully selected architectural models, including a corner devoted to the development of ‘Armitage Hill’ over many years , which is Kerry Hill’s family property near Galle in Sri Lanka. The ‘Black Pavilion’, was the one of the last of the pavilions to be built on the property.

Kerry Hill’s involvement in Sri Lanka was anchored by the evolution over time of this family property, where he explored his passion for art, architecture and his love of the landscape. A former colonial plantation home originally built in 1820, it was purchased in 1992, was then rebuilt, and over more than 25 years successive buildings were added in an evolving master-plan, which became a labour of love. Writing in the book, ‘Crafting Modernism’ he said that ‘at Armitage Hill, the space between the buildings becomes as important as the building itself.’ The property remains in Kerry’s family.

Another keystone project spanning decades in the practice is Aman Kyoto, which is soon to be completed. Kerry Hill was first introduced to the hidden garden site in the mid-1990s, and in celebration of this, the practice’s collection of the original Kyoto design models now proudly sit side by side with Amanyangyun and other model collections in the exhibition.

Aman Kyoto, situated in a once-forgotten secret garden, comprises 72 acres of permanent forest and eight acres of exquisite gardens lovingly tended over many decades by the previous owner of the site, who was one of Japan’s most respected collectors of the obi (the ornamental sash for a traditional Japanese kimono). His unrealised aim was to house his collection in a textile museum to be built within the garden. Aman is honored to be the garden’s next custodian. The late Kerry Hill and his team created an architectural language that not only respects traditional Japanese design, but also celebrates, protects and brings back to life the unique gardens in which Aman Kyoto is housed.

Completing the exhibition is a photographic timeline of nearly a hundred images, tracking the evolution of the firm’s unique approach to architecture over the last 40 years.

Ancient craft and a modern vision – Amanyangyun is Aman’s most ambitious expression of the brand’s design philosophy to date. As one of Kerry Hill’s last projects with Aman, Amanyangyun started as a preservation project in 2002 whereby an entire forest of mature camphor trees and dozens of Ming and Qing Dynasty antique dwellings were painstakingly relocated to Shanghai from Fuzhou City where the construction of a reservoir threatened their existence. Amanyangyun is the result of a collaboration across history, where architects and designers joined forces with the craftsmen of the Ming and Qing Dynasties to create a truly timeless sanctuary.

Throughout the careful master-planning, design and then complex reconstruction process, Kerry Hill and his team worked towards bringing new life to these historic structures, blending contemporary architecture with traditional forms.

“Our aim is not to just build an attraction or destination. It is to create an honest, welcoming living community that combines modern architecture with the spiritual nature of Fuzhou’s ancient villas and camphor forest”, Kerry Hill once said.

Since its opening in April 2018, Amanyangyun’s sensitive incorporation of contemporary design with ancient architecture continues to win international recognition in the design and hospitality industry. This includes the following Architectural Awards:

From 24 August to 24 October, guests staying with Amanyangyun will be invited to embark on a journey of discovery of Kerry Hill’s works with a guided architectural tour in Amanyangyun’s heritage buildings as well as the exhibition space.  The exhibition space is also open to non-residents, by appointment only.