The Soft Launch of Roosevelt featuring a Special Appearance by Philip Bischoff, Bar Manager of Manhattan Bar at Regent Singapore, a collaboration with Singleton and Special Performances by Andien, DiphaBarus and Richard Chriss.

To expand its repertoire, De La House continues its journey by introducing a new, mature and youthful restaurant lounge, ROOSEVELT. Located on the top floor of the newly built Goodrich Suites hotel in Antasari, South Jakarta, this new hang out place is not one to miss! 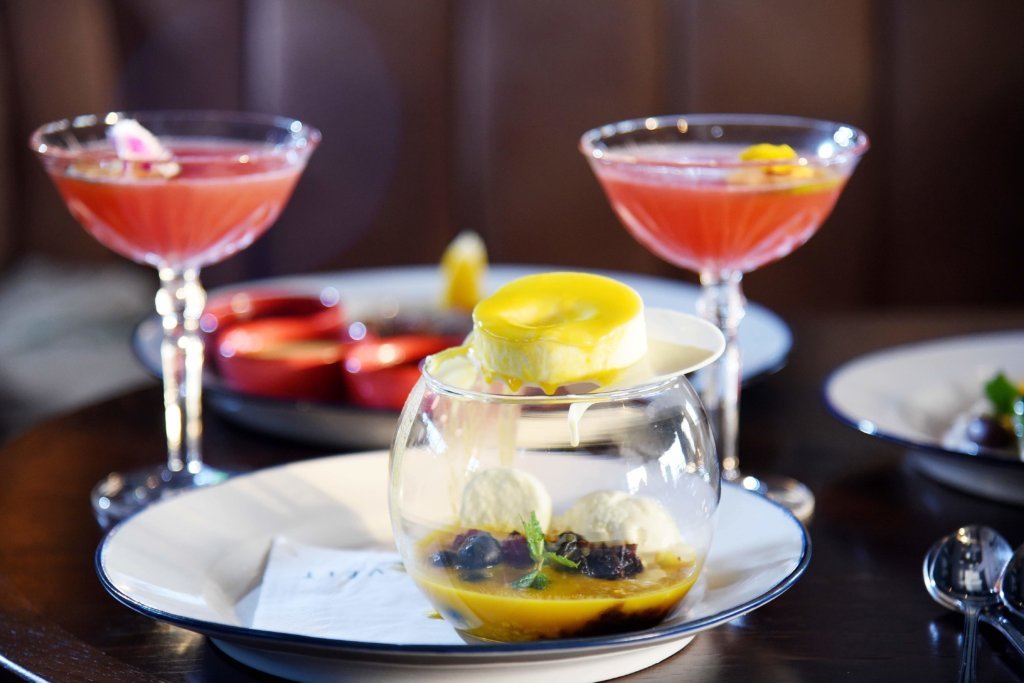 The name Roosevelt was inspired by a documentary film that resembles two values of multidisciplinary talents and excellent leadership. In addition to that, Roosevelt also represents the balance between work and play. With beautiful natural lighting basking on sharp clean angles over the eclectic colorful interior, Roosevelt gives its warm welcome to those who enjoy good food and drinks, with the company of entertaining music and great friends.

“Roosevelt is our 5thestablishment which offers urban denizens a fresh perspective of the capital city. A good stylish meeting spot where an industrial vibe meets modern touch,” said Edo Gunawan, Business Development Manager. With a combination of comfortable seating and a friendly ambiance, this is the perfect place to go spend your evening with tasteful dishes paired with a glass or two, either with friends or on your own. Quality is primary for Roosevelt and this is highly reflected on the menu, from starters, steaks, right through to main course & desserts. “We offer food and drinks with inspiration and influences from island comfort food. We have a wide selection of liquors, wine and not to forget refreshing signature cocktails to serve. We can confidently say that our food and drinks are technically challenging but they remain humble,” he added.

In conjunction with the soft launching of Roosevelt, there’s a special appearance by the Bar Manager of Manhattan Bar at Regent Singapore, Philip Bischoff. Under his wings, Manhattan was awarded the title of Best Bar in Asia at the World’s 50 Best Bars for two consecutive years. All the way from Manhattan Bar to Roosevelt, Bischoff has crafted 2 special Singleton cocktails, Mad Dog and Apple Pie. According to Bischoff, in order to make a perfect cocktail, it is all about balance —it has to be a bit rough and yet rounded. It will be a splendorous night on the soft opening of Roosevelt, June 27, all guests were spoiled with groovy performances from 3 well-known musicians; Andien, a famous Indonesian jazz singer, DiphaBarus, a DJ who has been blowing up Indonesia’s dance music scene and Richard Chriss, a soul, R&B and jazz singer.

De La House as a creative endeavor was established at Parc 19 in 2013 as a serial party event inspired by the progression of dance music from all corners of the world. Since then, it has evolved into a full-fledged company housing multiple F&B establishments and other creative ventures. De La House actively seeks to cater to the alternative urban lifestyle.

In 2017 De La House opened three new establishments; León, Twenty-Fifth, and Goldstein. With their own respective concepts, each establishment has extended the De La House experience to a broader range of the market.

Due to De La House’s acclaimed reputation, it has received offers from competing venues, artists, DJs and lifestyle brands to provide various kinds of services. The services are individually tailored to suit the client’s needs through its latest business ventures that were established in 2017, namely Canvas, MGMT and De La House Radio. About The Singleton of Glen Ord

One of the oldest distilleries in Scotland, Glen Ord is steeped in history. Founded on the Black Isle in the Scottish Highlands, it sits on a stretch of land that had been in the possession of Clan Mackenzie for nearly 700 years when Thomas Mackenzie built the distillery in 1838. It is from this famous Scottish clan that the distillery adopts its motto, Luceo non uro, which means “I shine not burn” – with emphasis on slow batched distillation, it continues to be inspired by it till today.

Heritage aside, Glen Ord’s locality allows it to draw on the purest water nature has to offer, aptly described as “water from the heavens and earth”. This exclusive twin water source combines soft Highland rainwater accumulated high in the Scottish mountains with water from the heart of an ancient artesian spring. Glen Ord is also one of a handful of distilleries that still maltsitsbarleyon-site. The next step is a long fermentation process before the liquid is slowly distilled and left to mature predominantly in rare European oak ex Sherry casks. The rich and complex whiskies are finished to perfection through the masterful skills of Maureen Robinson, one of the most experienced blenders in the industry.

Glen Ord is a super deluxe offering within The Singleton family. You’ll find it in top bars and off-trade outlets across Asia. It’s the #1 brand in Taiwan (the 2nd largest Single Malt market in the world) and the fastest growing Single Malt in Asia. Glen Ord offers a range of Age and Non-Aged Declared Malts that emphasise the portfolio’s rich character.

Founder, Charles Tanqueray, perfected his London Dry gin 180 years ago, and his recipe remains as a timeless classic gin. He was renowned for his meticulous botanical selection which the distillery upholds today. Only 10% of all botanicals they receive have the quality and characteristics to go into our gin. Tanqueray London Dry achieves a perfect balance of 4 botanicals, refreshing juniper, peppery coriander, aromatic angelica and sweet liquorice, delivering a classic base for every gin cocktail without ever overpowering it. All the botanicals are redistilled in a 250 year old copper pot still called Old Tom, in high quality neutral grain spirit. Employing a one shot method, all the botanicals are distilled together creating Tanqueray’s distinctive flavours of piney juniper and faint lemon zest thanks to the coriander. Created by one of the oldest distilling lineage in the world, Ketel One® Vodka is inspired by ten generations – over 300 years of Nolet family distilling experience and expertise passionately handed down from father to son. Driven by a relentless pursuit and unwavering pride in craft, the family’s passion gave way to the creation of Ketel One; crafted from the marriage of old world copper pot stills and modern distilling techniques.

Founded in 1691, in Schiedam Holland by JoannesNolet, the keys to the Nolet Distillery was eventually passed down through the generations to Carolus Nolet Snr (Carl Snr) in 1979. He believed that by drawing on his families’ distilling methods, he could create a vodka far from the raw & harsh vodkas of that time. With the idea to transform cocktails, to make an altogether better drink, creating the best tasting vodka possible became his singular mission.

Ultimately, what Carl Snr created was an entirely new vodka, one which utilised revolutionary distilling techniques (modern column distillation harmoniously brought together with old world copper pot stills) to deliver a smoother, crisper and cleaner vodka than any before it. Today the family legacy continues with the 10th and 11th generation of Nolets working side by side. To this day, a member of the family approves every batch, and Carl Snr’s two sons Bob and Carl Jnr continue his legacy delivering the taste test to bars all over the world to the harshest critics around – the bartenders.