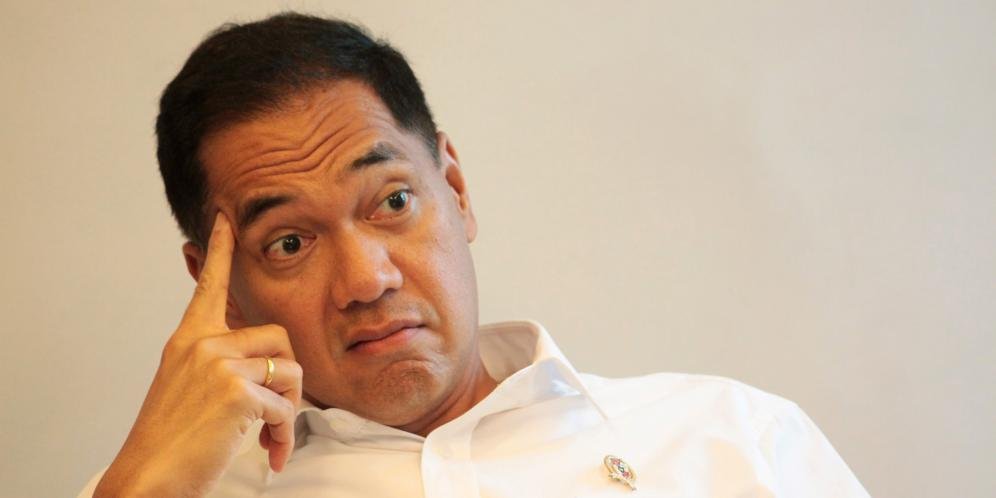 THERE are many interesting aspects about Gita Wirjawan, for example, his ideas, mind-set and his past. Before becoming a successful businessman, the avid golfer was better known as a banker. His position as the president director of JP Morgan Indonesia was closely watched by many, especially the government and other businesspeople, because his position and presence were related to the continuance of the country’s economic development.

Gita believes his presence and position at the company were clearly needed by the country, that the country needed foreign investors for economic development because it did not have much capital at the time. “The condition in Indonesia was akin to building a house but having insufficient funds. The money is already finished while the roof is not yet completed. Then a foreigner comes to lend a hand. Of course, in that situation we should accept his aid. How can we live in a house without a roof? Of course, we wouldn’t, so that is similar to our situation here. Later on, when we can build our own house completely, meaning we have a strong economy, only then can we use our own resources and not depend on foreigners. Actually, Indonesia should be able to manage its own rich natural resources to be enjoyed by its people,” said Gita.

However, Gita acknowledged that developing the country’s economy by depending on foreign investment often creates dilemmas as some people regard it as “un-nationalistic” and harmful to the nation. “Well, that is the wrong perception, because what we are doing is for the good of the nation as it enables the economy to progress. Please remember, we are not selling our country to foreigners. In this matter I always have a positive attitude and mind-set,” said Gita.

After he left JP Morgan Indonesia in April 2008, Gita established his own company, Ancora Capital, an investment company specializing in natural resources, including mining. “I was tired of being a banker and wanted to set up my own company. I am not interested in other types of businesses, only in investment, because I fully understand this sector. Of course, if I knew anything about another field I may have tried my hand at it,” he said smiling.

Admittedly, not many people would have the courage to walk away from such a high position at a world-class company like JP Morgan. The well-built man said that he had planned to leave the company since the middle of 2007, because he knew that a financial crisis would occur in the US that would have a global impact that would extend to Indonesia.

He soon prepared funds to buy shares of companies that were likely to be affected by the global crisis. Within a few months, Ancora Capital managed to take over most of the shares of PT Apexindo Pratama Duta, PT Bumi Resources, PT Multi Nitrat Kimia, a property company in Jakarta and another in Bali. To smoothen the flow of his business, he often relied on his connections during his days at Harvard. It is because of his close connections he is often asked by the government to lobby world leaders.

After his success with Ancora Capital, Gita established the Ancora Golf Institute and the Ancora Foundation. The institute looks for young golf players to be trained for international tournaments. His dream is for professional Indonesian golf players to take the country’s name and image to the international stage. Apart from training, Ancora also provides its proteges with their daily needs and covers their living expenses.

Gita said that his love of golf dates back to his childhood when he used to accompany his late father, Wirjawan Djojosugito, to play golf on weekends. The ritual of playing golf with his father continued when at the age of 13, Gita accompanied his parents to Bangladesh, where his father had been assigned as Indonesia’s WHO representative. Three years later the whole family moved to India. Gita enhanced his golfing skills in both countries and won a couple of regional tournaments. Now that he is a father, he has passed his love of the sport onto his two sons, aged 14 and 10, and his five-year-old daughter.

Through Ancora Foundation he gives scholarships to talented students in the country. “Ancora Foundation sends Indonesian students to Harvard and Nanyang Technological universities. I realize that education is important to enable the nation to progress so I want to make its people smart,” he said.

Gita explained that both Ancora Golf Institute and Ancora Foundation are the corporate social responsibility arms of Ancora Capital and reflect his concern for the people and the nation. Gita also loves jazz, and has since the age of 14 when he enjoyed music by Earl Klugh, Dave Brubeck, Wes Montgomery, Duke Ellington and Miles Davis, to which his elder brother often listened.

When his parents realized he had an ear for music, they sent him to classical piano lessons, and soon he was also learning to play other instruments, such as guitar, violin and saxophone. Gita recalled that during his school days, he spent much of his time on music and sports. Also, when he was studying business administration at the Kennedy School of Government, Harvard University, US, he chose mathematics and music as his main subjects.

Again when he studied for his master’s degree in public administration at Harvard, he also took night classes in music at Berkeley. Many of his hours were spent on music rather than books, because he enjoyed music much more. Even now, when he composes a song he sometimes becomes totally absorbed in it and can lose all sense of time, not knowing whether 20 minutes or 20 hours have passed. For him music is the purpose of life, while business is the tool or means. However, he said that once he chooses a job or makes a decision he is totally committed. “I am the totally committed type,” he said.

It was his love of music that prompted Gita to establish Omega Pacific Production to help young talented musicians. The company helps produce and distribute albums of struggling newcomers to the industry. Through Omega Pacific Production he launched Tompi, Bali Lounge, Cherokee, KEN and Nial Djuliarso. Besides all these activities Gita has also performed in cafes and written songs for several albums, for example at the end of 2005 he played with some of the world’s top jazz groups here in Jakarta, namely Fourplay and Bob James. His performances attracted the attention of many people. (Faisal Chaniago)