Hong Kong, 21 September 2012 Sotheby’s has signed an equity joint venture agreement with Beijing GeHua Art Company, a Beijing State-Owned Enterprise that is part of GeHua Cultural and Development Group. Establishment of the joint venture, which is subject to approval from the Chinese government, would represent a major expansion of Sotheby’s presence in China and will enhance its services to its Mainland Chinese clients. Sotheby’s will be the first international fine art auction house in China and the controlling shareholder in this business, responsible for the day-today operation and management of the company that will be called Sotheby’s (Beijing) Auction Co., Ltd.
The joint venture will also allow Sotheby’s to take advantage of a planned free port project that GeHua is developing within the Tianzhu Free Trade Zone in Beijing, which will serve as a tax-advantaged storage location and provide a platform for various activities. Sotheby’s will focus on auctions and selling exhibitions of non-cultural relics, travelling exhibitions and other related activities.
To celebrate the establishment of this joint venture, an historic first auction will be held on Thursday, 27 September 2012 at The Millennium Hall of Beijing World Art Museum at the China Millennium Monument. A remarkable sculpture, Self and Self Shadow, by prominent Chinese artist Wang Huaiqing, will be the sole lot offered in this historic first auction to be conducted by an international auction house in China. Following this event, two themed exhibitions, to be held from 28 September to 7 October will be open for public view in the same venue: The first, jointly organised by China Art Industry Expo and Beijing Gehua Cultural and Development Group and co-organised by Sotheby’s, will be a special contemporary Chinese art exhibition, Recoding – 2012 Contemporary Chinese Art Exhibition, that will showcase innovative works by contemporary Chinese artists; the second will be an exhibition highlighting Sotheby’s international presence, world-class expertise and important events from Sotheby’s more than 260-year history.
Discussing this joint venture agreement with Beijing GeHua Art Company, Kevin Ching, CEO Sotheby’s Asia, commented: “Sotheby’s has been committed to its Chinese clients for over 35 years. China and its growing class of collectors has been the single most attractive growth market for the company, and collectors from this region have become a significant force in our salerooms worldwide. The project the Beijing Gehua Art Company is developing is unique and ground-breaking in the Chinese marketplace. Sotheby’s is pleased to be at the forefront of this unprecedented initiative, and to be the first international fine art auction house entering a joint venture company with a prominent Chinese stateowned enterprise partner, Beijing GeHua Art Company. We look forward to the anticipated approval of our Joint Venture by the Chinese Authorities as it will enable us to bring our world class expertise, innovation and professional integrity to our clients in China. We are excited by the possibility of operating in China and our future plans for Beijing include presenting a major auction event in 2013 as well as staging exhibitions of some of the treasures from around the world that Sotheby’s is entrusted to handle.”
Commenting on this partnership, Mr. Wang Yudong, General Manager of GeHua Fine Art Company, said: “Beijing GeHua Art Company is very pleased to partner with Sotheby’s on this ground-breaking initiative. They bring the prestige of their international brand name and years of art world experience to the benefit of the collecting community and this project.” 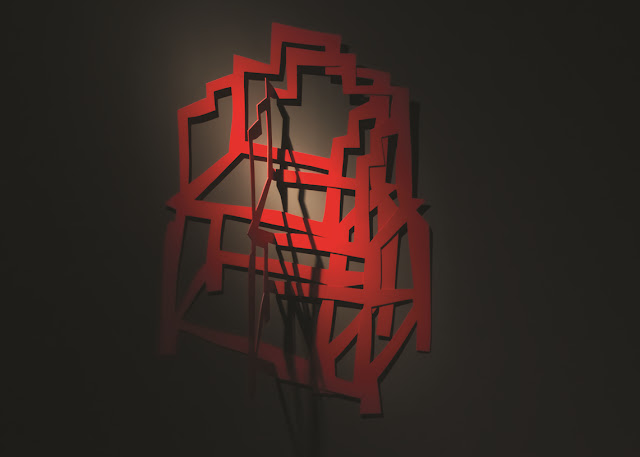 Wang Huaiqing’s Self and Self Shadow
The auction on the 27th September will comprise a single sculpture, Self and Self Shadow (2011–2012), by the internationally-acclaimed artist Wang Huaiqing (pictured right), one of the leading figures in contemporary and modern Chinese art. Forged from aluminium alloy, Self and Self Shadow is a thought-provoking and engaging work which bears testament both to the artist’s comprehension of the style and language of western art and to his reverence for traditional Chinese culture. Born in Beijing in 1944, Wang Huaiqing is Director of the China Oil Painting Association and his works have been widely exhibited both in China and abroad in the USA, Australia and Germany. Self and Self Shadow comes to auction with an estimated value of RMB 1– 1.5 million / US$128,200 – 192,300.
**
Sotheby’s is a global company that engages in art auction, private sales and art-related financing activities. The Company operates in 40 countries, with principal salesrooms located in New York, London, Hong Kong and Paris. The Company also regularly conducts auctions in six other salesrooms around the world. Sotheby’s is listed on the New York Stock Exchange under the symbol BID.
Beijing GeHua Art Company is an entity that is part of the GeHua Cultural and Development Group. The GeHua Group is a state-owned enterprise that has evolved to become one of China’s largest media conglomerates. GeHua played a prominent part in major national events, including the 2008 Beijing Olympics Opening Ceremonies and Games, and the 50th and 60th Anniversary Celebrations of the founding of the People’s Republic of China.
Sotheby’s in China – Sotheby’s was the first auction house in Hong Kong, opening an office in 1973 and holding its first auction that same year. In 1994 and 2007, Sotheby’s opened representative offices in Shanghai and Beijing respectively. In 1995, Sotheby’s began staging travelling exhibitions in China.