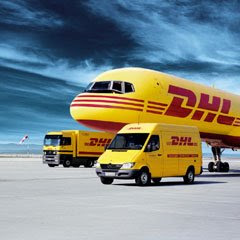 If you care to follow just briefly the performance of international logistics companies such as DHL, FedEx and UPS, you may discover how they advertise their products. They are tapping and educating their markets in an extraordinary and creative manner and have readily spent millions of U.S. dollars to build their image as reliable and facilitating logistics companies handling warehousing, packaging and the dispatch of goods. Some of the creative ideas for their advertisements have even won prizes for advertising creativity, meaning that further millions of dollars have been spent to produce these excellent works.

A commercial depicting a flying elephant carrying an elephant is one such advertisement and has become an icon in the advertising world after winning a prize in the Asian advertising product contest. Big sums of money spent by logistics companies for advertising purposes illustrate the vast financial potential that logistics companies are vying to tap in this business. Data on the logistics market potential at home shows an estimated staggering sum of some Rp 400 trillion a year offered by the logistics service pie.

There is concern on the part of domestic logistic players in terms of competing with the “elephants” with a long track record in this business all over the world. The Indonesian market is a target of experienced foreign players and they use various ways to confirm their position in this country, leading to complaints by a number of local logistics service players. The local players are trying to better prepare themselves for when the ASEAN market is liberalized in 2015, which will also affect this sector.

In a meeting with the government on Aug. 10, local players vented their grievances. The expert staff member of the coordinating minister for the economy in charge of investment and partnership between the government and the private sector, Firman Malem Ukur Tamboen, told the media that businesspeople’s objections to the negative list of investment issued recently had encouraged Coordinating Minister for the Economy Boediono to push for an incentive to give local players in the logistics business a competitive edge, which also includes consolidation toward integration in this sector in ASEAN in 2015.

“We are ready to give protection to domestic companies in the form of tax incentives and other facilities to ensure efficiency in logistics services toward 2015. We ask each logistics company to immediately submit input about protection in the form of technical guidance they need and for how many years they will need this protection so that they can compete with foreign companies,” he stressed.

At present, said the executive director of Aperindo, Syarifuddin, partisan regulations that protect local players will be greatly needed as this has to do with the well-being of millions of people related to this business. In addition, on the side of logistics players, associations of similar businesses in this line such as the Organization of Land Transportation (Organda), the Indonesian Association of Companies Managing Temporary Dumping Sites (Aptesindo), the Indonesian National Air Carriers Association (Inaca), the Indonesian Air Cargo Agents Club (ICAC) and the Air Cargo Representative Board have supported the measures taken by the 10 associations that constitute links in the logistics business chain in general.

“The Indonesian logistics community is quite wide and needs to be defined. Clarity in regulation is needed, and we also require protection. Meanwhile, we will make a proposal on how far we will be ready to face globalization, investment and the negative list of investment, which is yet to touch on the logistics sector,” he stressed.

Clarity and regulation would provide fresh air for the growth of the logistics service industry at home, and would be pleasing news for local logistics service companies now registering rapid growth. Just look at PT POS, the first state-owned enterprise that originally controlled the business of document and money dispatches. Today it has strengthened its logistics service business. Early this year, PT POS teamed up with PT Gading Sari Aviation Service Malaysia to revamp the warehousing facilities, logistics equipment and communications system of PT Pos so that it can strongly compete in the ASEAN market toward its initial public offering in 2010.

As a state-owned enterprise that used to dominate the courier and financial business and serve remote villages, PT Pos obviously does not wish to lose out in the competition with domestic courier and logistics service companies that have moved rapidly to gain access to the global logistics market. Two such companies are PT Elteha and CV Titipan Kilat. These two firms have been engaged in the business of dispatching goods since the 1960s and 1970s respectively. Since 1964, Elteha, which was founded by Phillipus Hendrata and began as a night transportation company, has developed its logistics business to reach 250 destination cities at home and overseas. This company has also developed its business by opening branches in , and , with the support of over 500 transportation vehicles.

Meanwhile, Titipan Kilat, another prominent company in this business, is a local company set up by the Supraptos in the early 1970s and now operates about 300 main service centers and employs some 5,000 people. This company has developed in a unique manner due to, among other things, the new standardization of its dispatch management and the application of franchising agencies that enables them to reach customers in remote areas.

Local logistics companies may take pride in their achievements and aspire to be masters in their own home. However, the iron law of business forces them to continue evaluating their standard of performance in the present free competition era. For some of them, reinforcing collaboration with foreign players, as done by RPX, is one way to engage in the competition and develop. Others, like Tiki and Elteha, continue to believe in their own innovation capacity. What’s certain is that, whether these companies are large or small or operate alone or in collaboration with others, the logistics business offers a vast potential that is still open to all players in this sector to tap. Using the metaphor of trapping an elephant, this business line will not escape the net of any model. However, local players, now striving to expand their networks, need these two very things: regulation and partisanship. (R. Dijan Subromo)

Cap Kupu and Its History for 85 Years